I have had an interest in animals since my early childhood. At a rural farm, where we used to live, were always many dogs and other domestic animals around. "The animal-bug" has been inside me since those days. I knew already before going to elementary school, that I wanted to become a veterinarian.

My very first dog was a little mongrel Todi, who resembled Welsh Corgi Pembroke in many ways. She was born without tail, had pricked-up ears, low little legs, nice red coat and foxy expression. Also she was a great herding dog. With her 15 years, she has left an eternal mark in my heart. Our present Cardigan girl Fiona reminds me of her very much, because of her temperament and actions. 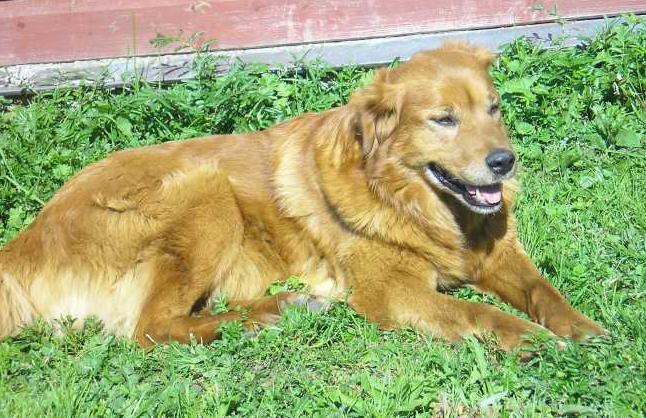 In the meantime, when I left home for school, I didn`t have a dog which I could call "my own".

In 1998, we brought Johanna to our new home. She is a cross-breed of Rottweiler, St. Bernard and Rough Collie.
There were 6 pups in that litter and they all looked very similar.
Johanna is the grand old lady of our dog pack, who has taught all the others to guard our territory.

I became fascinated by the Bernese Mountain Dogs in 1997, when I saw first Berner pup Nalle, who came to live in Pärnu. I knew that it was the breed I wanted to have someday. Long waiting and talks culminated in Mann`s arrival from a Finnish kennel Black Amiikos. Here I`d like to thank Sirpa for raising a fantastic puppy and having courage to sell her to Estonia.

I visited dog shows and obedience training with Mann and this way became ultimately involved with the dog-world.

Kennel Margarita Nigra, meaning "black pearl" in Latin, was registered in FCI and EKL in year 2004.